Annalee Fery is the current wife of actor, Henry Thomas -who was recently arrested and charged with driving under the influence.

Annalee’s husband is a former child actor who became an instant star for his breakout role in Steven Spielberg’s film E.T. the Extra-Terrestrial. The 48-year-old was found by authorities who received a 911 call about a suspicious vehicle parked in a lane for travel. The actor was passed out behind the wheel of the motionless vehicle and was taken to Washington County Jail.

The Texas native born September 9, 1971; is perhaps best known as Elliot, the plucky young boy who discovers and befriends an alien in Steven Spielberg’s iconic 1982 film “E.T.”
He can be seen in the Amblin Entertainment logo, riding his bike with E.T. across the moon. 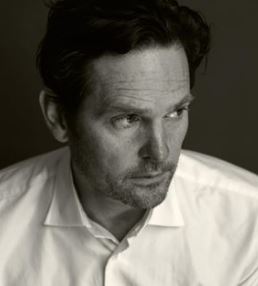 The actor has gone on to other roles as an adult. In 2002, he played Johnny Sirocco in Gangs of New York. He then played Father Tom Hogan in Ouija: Origin of Evil. Most recently he had a memorable role in the 2018 Netflix horror series ‘The Haunting of Hill House’ -where he played a young version of the Hugh Crain character.

The actor has been married a few times. He first tied the knot to Kelly Hill but the couple divorced in 2002 after two years of marriage. He was married to his second wife, German actress Marie Zielcke, from 2004 to 2007. Together they had a daughter named Hazel. He also has two children with third and current wife Annalee Fery.

The two have been married since 2009, Annalee Fery is the mother of the couple’s two children, daughter Evelyn and son, Henry Thomas Jr.
Unfortunately there’s no much info about Annalee Fery, despite being married to a public figure the mother of two keeps a low profile.