Henry Kyle Frese has been named in an indictment and is being accused of allegedly providing top secret information about a foreign country’s weapons system. 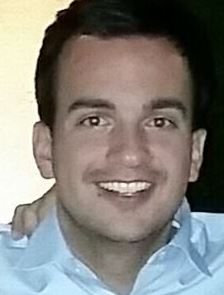 Frese who served as a counter terrorism analyst for the Defense Intelligence Agency, allegedly accessed classified intelligence reports that were outside of his job responsibilities, and went onto provide the top secret documents which contained details about a foreign country’s weapons system.
Frese allegedly met with the journalists in April of 2018 and just hours later one of the journalists published an article with top secret national defense information in a news outlet, according to the indictment.

Last September, Frese was caught in the act when he talked with the second journalist on his cell phone and provided secret classified national defense information. The conversation was monitored by court-authorized surveillance of his cell phone, according to the indictment.
In addition, on Sept. 24, 2019, Frese was captured on court-authorized surveillance of his cell phone orally transmitting classified NDI to Journalist #2. These disclosures contained NDI classified at the SECRET level, which means that the unauthorized disclosure of the information could reasonably be expected to cause serious harm to the national security of the United States. Henry Kyle Frese was arrested on Wednesday.

30-year-old Frese is a native of of Alexandria, Va. He is a graduate from the Royal Military College of Canada and also previously attended Queen’s University earning a Masters of Public Administration, Security, Defense, and Management Policy. According to his LinkedIn, began working at BAE Systems in 2016. Prior to that, he had worked at contractor Booz Allen Hamilton between June 2014 and August 2016.
On his social media bio he writes “Looking at the Sahel and West Africa. Used to look at Russia and NATO”