The alleged couple has been out in the public over the last few days holding hands and having fun over a number of outings. The two were first spotted over the weekend having fancy sushi dinner at Matsuhisa in Bev Hills.

The next day, the pair met again, this time they hung out over coffee and were seen smiling, laughing and even putting their arms around each other.

Demi and Levy have things in common, primarily they both addicts and are currently attending AA meetings. According to TMZ, the two met years ago while in rehab and as you are well aware, Demi spent 90 days in rehab after she almost died July 24 after OD’ing at her Hollywood Hills pad. She was hospitalized for 10 days, and then checked into rehab at the beginning of August.

As for Levy, the word is that he’s been in and out of rehab since he was a teenager. 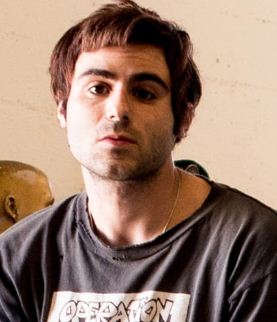 Henri Alexander Levy who is best known as Henri Levy or Henri Alexander, he is the man behind luxury fashion brand Enfants Riches Deprimes also known as ERD. He founded the Los Angeles and Paris based brand back in 2012.

Levy is a 27-years-old Atlanta native, he is currently blonde and is covered in tattoos –which gives him a rock and roll star look. He attended the prestigious Institut Le Rosey –known for being the world’s most expensive boarding school. As an interesting fact, he went to art school, never to fashion school –as a result, the art on his designs is painted by himself.

He said during an interview in 2016 ‘I was, like, a f*** up in high school. I was caught up in drugs and s**t like that.’ He did his first stint in rehab at 15, at Visions Adolescent Treatment, a Malibu facility for underage addicts.

He was candid and explained the publication that over the course of his teenage years and into his twenties, he also visited Cirque Lodge in Utah and Promises, back in Malibu.

He also attended wilderness therapy treatment in the woods three or four times and moved into several sober living homes. He also had a stay at a Betty Ford treatment center in Hazelden, Oregon.

In addition to design, he’s also shown interest in filmmaking.