Matthew Carnahan is the known as a producer, writer and director and also the former longtime boyfriend of Academy Award-winning star, Helen Hunt.

Matthew and Hunt dated for over a decade before splitting in 2017. Helen Elizabeth Hunt, a California native went to several plays each week as a child and later practiced ballet and attended UCLA.
She co-starred with Paul Reiser in the sitcom Mad About You and appeared in the successful films As Good As it Gets and The Sessions. She also appeared in Cast Away and Pay it Forward. She co-starred with Mel Gibson in the 2000 romantic comedy film What Women Want.
Helen also appeared in an episode of The Simpsons as Moe’s girlfriend. The actress, who won an Academy Award for her performance in the 1997 movie ‘As Good as It Gets’

56-year-old Hunt is currently filming a reboot of the hit television show “Mad About You,” which aired from 1992 until 1999 and landed a limited series revival for Charter Communications’ premium content platform, Spectrum Originals. 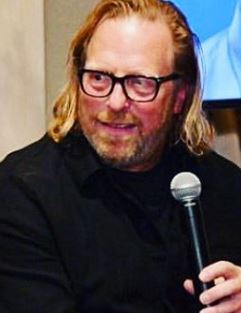 The “Mad About You” star was riding in the back of an SUV when another car reportedly clipped hers.
Hunt is reporteldy single after having ended a longtime relationship with producer, Matthew Carnahan. In addition to Carnahan her rumored exes includes Eric Stoltz and Matthew Broderick. She was previously married to Hank Azaria. She and Hank were married for a year in a half ending their marriage in 2000.

She and Matthew Carnahan dated from 2001 to August 2017. Together they are the parents of one daughter, Makena Lei, born in May 2004. Matthew is also the father of a son, Emmett Carnahan born in 1998. The two split after 16-year-together.

Matthew McNair Carnahan was born February 6, 1961; he attended New York University, as well as the Neighborhood Playhouse School of the Theatre.
As a producer, writer and director he is known for House of Lies. His most recent work includes, Valley of the Boom -a docuseries created, directed, and produced by Carnahan. Valley of Boom premiered on National Geographic earlier this year.
Carnahan who goes by MC, is also known to be an avid surfer. He is currently in a relationship with Karen Louise Scott.