Tom and Heidi are hitched! The couple is said to have tied the knot in a super secret ceremony in February, just two months after Kaulitz proposed to Klum on December 24, 2018. To be fair though, the couple’s love story began a few months earlier in 2018.

The supermodel the 29-year-old musician, first sparked dating rumors in March 2018 after they were spotted kissing on set while she was filming America’s Got Talent.

The marriage isnt the first for both. Kaulitz was previously married to Ria Sommerfeld from 2015 to 2018.
This is far from her first rodeo for Heidi who was married to celebrity hairstylist Ric Pipino from 1997 to 2002 and singer Seal from 2005 to 2014. Before dating Kaulitz, Klum was in a three-year relationship with Vito Schnabel. They broke up in September 2018. 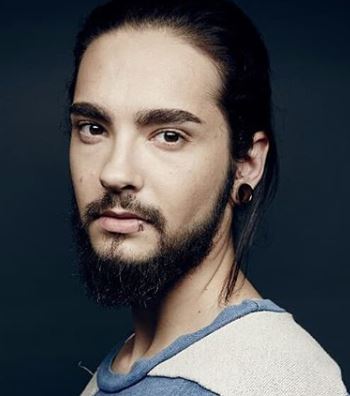 In addition, Heidi who is 16-years older than Tom -shares sons Henry, 13, and Johan, 12, and daughter Lou, 9, -with Seal; and he also adopted Leni, Klum’s 15-year-old daughter from a previous relationship.

Tom who hails from Germany -was born September 1, 1989; he doesn’t need much of an intro as he is also in showbiz.

Tom Kaulitz is best known for his work from 2001 to the present as the guitarist of the band Tokio Hotel. His identical twin brother, Bill Kaulitz, is the lead singer of Tokio Hotel.
He founded the rock band with twin brother, along with drummer Gustav Schäfer and bassist Georg Listing, in 2001.

The musician finalized his divorce from ex Ria Sommerfield, according to court documents that The Blast obtained. They married in 2015 and split in 2016, a decision that was “mutual and amicable,” according to the outlet.