Shane Carey has been identified as the husband of missing Austin mother Heidi Broussard -who went missing with her infant child and whose body was sadly found in a car trunk.

Shane’s wife and daughter whom had been missing since Dec. 12; have been found. Reports say Heidi was found at a Houston-area residence in Jersey Village in Harris County. An autopsy was being conducted to identify the body, despite the tragic news, Broussard’s baby daughter Margot, was found alive.

Heidi Broussard, and her baby girl were last seen in Austin around 7:30 a.m. on Dec. 12, when she dropped off her 6-year-old son at an elementary school, authorities said.

Shane Carey, who is described as Heidi’s husband and Margot’s father, told police that her car was at the apartment in Austin the day she disappeared, but she wasn’t there. He said all of Broussard’s belongings, including her identification and the baby’s diaper bag, were still in the apartment.
Carey went onto appear on morning shows making an emotional plea for both mother and daughter to return safely. Shane Carey asked with tears on morning TV shows, for them to be ‘dropped off’ somewhere. Heidi also leaves a son, Silas, behind. 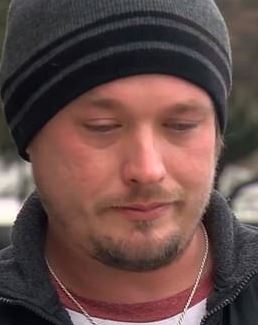 Following her disappearance it was reported that Heidi and fiance, Shane Carey had an altercation earlier this year. Back in March, Heidi revealed on social media, Shane Carey had left her with bruises following a fight over her wish to leave him. Despite comments urging her to report him to the cops, there are no record of police call outs to Broussard’s home. Furthermore, Shane Carey has no publicly recorded convictions.
In addition to baby Margot, Shane Carey is also the father of another daughter from a previous relationship. According to neighbors, Heidi loved her stepdaughter as her own.
He and Heidi had been together for about six years.

According to his social media, Shane Carey is originally from Austin, Texas; he attended Leander High School and later the LA Institute of Massage Therapy. He is listed as currently working at Pipe line. Previous jobs include food server, bartender and sales consultant at Charles Maund Toyota.

Despite their domestic dispute, Carey has not been charged; instead another person has been arrested and charged with two counts. According to the Daily Mail, one of Heidi’s friends named as Megan Rose Fieramusca -is being held in county jail on kidnapping and corpse tampering charges.