Susan Bro is the devastated mother of Unite the Right rally deadly victim, Heather Heyer. Her 32-year-old daughter was killed when a car plowed into a crowd of anti-racist protesters in Charlottesville, Virginia, on Saturday.

Her mother Susan Bro, opened up in an emotional interview a day after Heather’s death –giving an insight of what her daughter was all about: helping others. She said her daughter was not about hate but was about stopping hatred.

Susan Bro said she believed that’s why her daughter was born to be ‘a focal point of change’. She revealed from a young age Heather would be drawn to help others. Bro said her daughter often reached out to the underprivileged and was “charitable.” 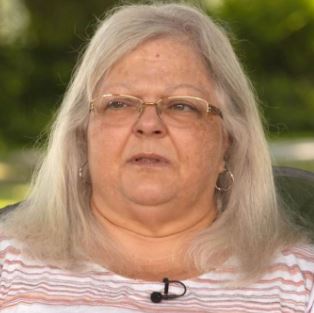 Her daughter attended William Monroe High School and worked as a paralegal for a law firm in the area.

Mrs. Bro also expressed she was proud of her daughter, saying what she was doing was ‘peaceful’ and added her desire was for her daughter’s death “to be a rallying cry for justice and equality and fairness and compassion.”

The grieving mother told NBC News that Heather will be remembered as a “fun-loving, tenderhearted person” who she tried to teach to be open and respectful in any situation.

Heather took part in a counter protest of a “Unite the Right” rally in Charlottesville. The rally brought hundreds of white supremacists –one of them – James Alex Fields Jr., who drove his vehicle into the large group of counter protesters. Ultimately killing Heather Heyer.

They were there to protest a proposal that would’ve removed a Robert E. Lee statue from a local park.

Susan Bro is a resident of Ruckersville, Virginia. She works as an administrative assistant at Virginia Tech. According to her LinkedIn page, she’s responsible for handling phone calls, receiving clients and directing them to the right university employee.

Prior to that, she worked for nearly 15-years as a teacher at Greene County Public Schools. Susan Bro attended Virginia Western Community College. She also holds a Bachelor of Science, Elementary Education from Southeastern College of the Assemblies of God in Lakeland, Florida.

In 1988 she got her teaching certificate from University of Virginia Curry School of Education.