Heather Bamford is the woman who was arrested after her ex-husband discovered she was spying on him.

Heather’s ex-hubby was appalled when he learned that his wife had been spying on him through one of their child’s toys.
Heather Bamford allegedly inserted a recording device into the stomach of her daughter’s Minnie Mouse toy to spy on her ex-man, Dominic Bamford -who heard a recording of his own voice after he pressed down on the toy’s stomach.
Heather is said to have given the toy to her daughter before sending her off to spend time at her father’s home. 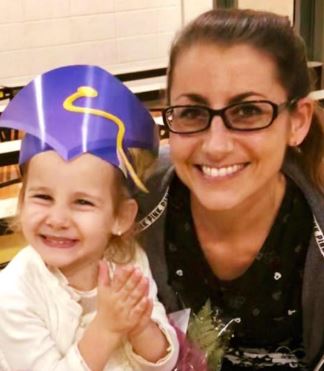 Mr. Bamford who had no idea he was being recorded through the Disney toy made the chilling discovery over the weekend and immediately contacted police.
Investigators say the he pressed down on the stomach of the Minnie Mouse toy and expected it to talk. However, he instead heard a recording of his daughter’s voice. What’s worse, he was also able to hear his own voice when he pushed on the plush toy.

As a result, 33-year-old Heather Bamford was arrested and was hit with charges including wiretapping offense and harassment. According to reports, the mom of one has been released from custody and will appear in court at a later date.
She is facing serious charges and records show another case in which a woman bugged her daughter’s teddy bear and was ultimately ordered by a judge to cough up $120,000 to her ex -after was told the tapes were obtained illegally.

According to her social media, Heather Bamford is based in New Jersey with her young daughter and a new partner, Chris Russo. She now goes by Heather Renee.
Her ex-husband, Dominic Bamford is also in another relationship, the ex says on social media he studied business at Centenary University and also says on his profile “I love my daughter so much”