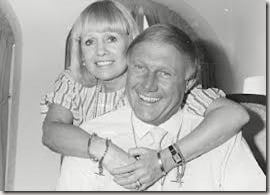 Hazel Hall’s husband became known nationally for presenting It’s a Knockout and Jeux Sans Frontières. We are talking about Veteran TV and radio presenter Stuart Hall who is facing some serious accusations!

For some Stuart might be a well known character, he presented regional news programs for the BBC in North West England in the 1960s and 1970s and received honors such as the one in 1999 when various Members of Parliament signed a House of Commons motion, congratulating Hall on 40 years in broadcasting following his OBE in the 2012 New Year Honors for services to broadcasting and charity!

I bet the 13 girls whom the broadcaster has admitted he indecently assaulted couldn’t even bear to see him being awarded like that! Isn’t funny when you think you know someone just because they are in the public eye! No imagine wife Hazel and his whole family.

The broadcaster is married to Hazel, who is 74 years old. Hall married Hazel on 1 March 1958 and their first son Nicholas was born the following year. But Nicholas had a hole in the heart and died in his father’s arms in a hospital waiting room as an infant. The couple went on to have two more children.

They have been married for 55 years! Hazel later gave birth to the couple’s children Francesca, 52, and Daniel, 50. 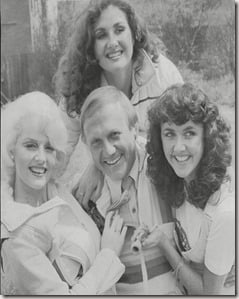 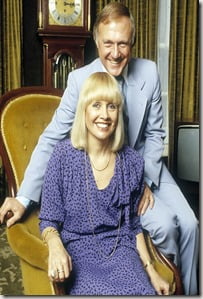 According to police, Hazel’s long time partner was an “opportunistic predator” who for over two decades molested girls, one as young as nine! Why not look someone his own age geez! What shame for his poor wife Hazel.

‘He is not a man easily moved to self pity but he is only too aware his disgrace is complete.’

And why would that be? Well besides his reputation has gone down the drain Hall now 83 had frequent appearances in the headlines and when in 1993 he was asked if they were a sing of recklessness, he replied:

When he was first charged last year he denied everything he said he had endured ‘a living nightmare’ and but for his ‘very loving family’ may have considered taking his own life.

But when he appeared before a judge on April 16, he calmly and repeatedly answered ‘guilty’ when the charges were put to him. Following a court appearance today, Hall was granted bail until his sentencing on June 17.

His family has been supportive through out the whole process and he apologized to them. Hazel and Stuart lives in Wilmslow, Cheshire.