Hayley Getfman-Gold is a former Network exec who until recently worked for CBS. In the aftermath of the Las Vegas mass shooting, Getfman-Gold was fired due to insensitive and inappropriate remarks.

41-year-old Hayley Getfman-Gold who is the former Hayley Nicole Lattman –served as Vice President and Senior Counsel of CBS. She holds a Bachelor’s degree from the University of Pennsylvania and in the year 2000, she graduated from Columbia Law School.

Prior to CBS, Hayley Getfman-Gold was an Associate at the law firm of Willkie Farr & Gallagher​. She also worked at Heller Ehrman​. She also landed an MTV gig as Vice President of Business and Legal Affairs for the network. She was also VP Business Affairs at Take-Two Interactive.

Hayley Getfman-Gold who resides in Brooklyn with her husband, Ryan Getfman-Gold –wrote on social media about the shooting

“If they wouldn’t do anything when children were murdered I have no hope that Repugs will ever do the right thing. I’m actually not even sympathetic bc country music fans often are Republican gun toters.”

On Sunday, October first, Stephen Paddock 64, opened fire from the 32 floor of the Mandalay Bay hotel in Las Vegas; killing 59 people and injuring over 500 others as they enjoyed the Route 91 Harvest Festival.

CBS announced her exit in a statement, saying

… Her views as expressed on social media are deeply unacceptable to all of us at CBS. Our hearts go out to the victims in Las Vegas and their families.”

Hayley Getfman-Gold worked for CBS for approximately a year. As a legal executive at the network, Geftman-Gold did not work directly with CBS’ news division. 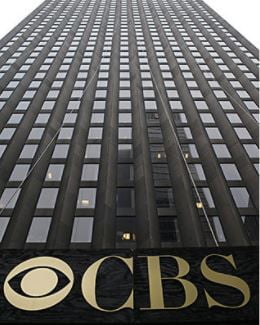 She and her husband have been married since October 2007. Together they have welcomed three children including son, Milo Spencer –who was born February 23, 2010. According to his LinkedIn, her husband Ryan Geftman-Gold is the President of Handoff Business Ventures.

The wife and mom of three certainly angered many after expressing she was not sympathetic to Las Vegas shooting victims.  Hayley’s lawyer issued a statement saying that she is receiving an unimaginable amount of death threats both in quantity and detail and to please stop. She has since deactivated her Facebook page.