Lucia Evans is just one among a long list of women who have come forward accusing fallen Hollywood honcho, Harvey Weinstein of sexual assault.

According to numerous reports, 66-year-old Weinstein turned himself in over to police in New York after he was charged with rape and sexual abuse. He was photographed at New York’s 1st Precinct station following a probe by the Manhattan District Attorney’s office and the NYPD.

Evans is one of two accusers who has helped bring charges against Weinstein and is one of the first women to publicly speak out against him. She told investigators he forced her to perform a *** act on him at his Miramax offices in Tribeca, New York, in 2004. 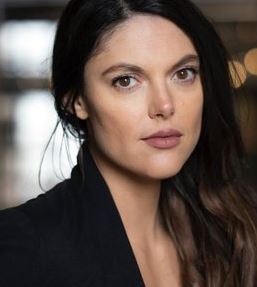 Despite having been hit with numerous allegations of sexual assault and rape by some of Hollywood’s renowned names, Weinstein will plead not guilty to all the charges, his lawyer said in a statement outside court. He paid $1million cash to secure bail.

Evans met Harvey back in 2004, at the time she was an aspiring actress by the name of Lucia Stoller. Her story with Weinstein begins after she was approached by the film producer at Cipriani Upstairs club in New York.

She gave him her number and an assistant set up a daytime meeting at the Miramax office, soon after. In true Harvey Weinstein style –she says he then pounced on her when they were alone in an office together – forcing her to perform a *** act on him.

Lucia Evans added she said no several times but “It was like it was just another day for him. It was no emotion.”

34-year-old Lucia left the showbiz to become a marketing expert. She is currently a Senior Director, Digital & Social Marketing at Marriott and has over a decade of marketing expertise. Evans holds a Bachelor of Arts from Middlebury College.

She is a “two-time Webby Award winner with a strong focus on delivering on brand objectives through owned, co-created and curated content.” The lovely brunette runs her own website.

Her work has been featured on: Adweek, Fast Company, Business Insider, Digiday, Mashable, The Telegraph, Fox Business, Fox News, and The Daily Dot. As an actress she had roles in, Fair City (1989), Uncle Max (2006) and Zombie Hotel (2005).