Lauren O’Connor is a former employee of The Weinstein Company, and the woman who accused studio mogul, Harvey Weinstein of sexual harassment.

Back in 2015 Lauren O’Connor wrote in a memo submitted to The Company, a detailed recount of numerous incidents in which Harvey Weinstein made sexual advances to employees.

The then 28-year-old said that remaining silent was causing her a great deal of distress.

Lauren O’Connor worked as a literary scout and production executive at the company. She was required to have casting discussions with aspiring actresses after they had private appointments in Weinstein’s hotel room. She suspected that she and other female Weinstein employees, she wrote, were being used to facilitate liaisons with “vulnerable women who hope he will get them work.”

Weinstein who has collected six best-picture Oscars and turned out a number of touchstones, from the films “***, Lies, and Videotape,” “Pulp Fiction” and “Good Will Hunting” to the television show “Project Runway” –is believed to have repeatedly sexually harassed a number of female employees and movie stars over the course of his three-decade career.

Weinstein is currently married to second wife Georgina Chapman, the two tied the knot in 2007 and share a daughter and a son together. He was previously married to Eve Chilton, the two divorced in 2004 after 17-years together. He and Chilton produced three children during their marriage.

According to an investigation by the NY Times, Mr. Weinstein has reached at least eight settlements with women, according to two company officials speaking on the condition of anonymity. Among the recipients, The Times found, were a young assistant in New York in 1990, an actress in 1997, an assistant in London in 1998, an Italian model in 2015 and Ms. O’Connor shortly after. 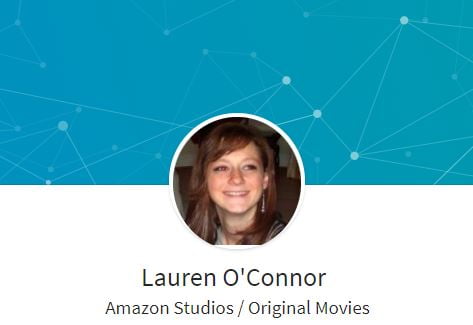 Dozens of Mr. Weinstein’s former and current employees, from assistants to top executives, said they knew of inappropriate conduct while they worked for him. Only a handful said they ever confronted him. He even enforced a code of silence; employees of the Weinstein Company have contracts saying they will not criticize it or its leaders in a way that could harm its “business reputation” or “any employee’s personal reputation,” a recent document shows.

Most of the women accepting payouts agreed to confidentiality clauses prohibiting them from speaking about the deals or the events that led to them.

At the end, Lauren O’Connor and Weinstein reached a settlement. She withdrew her complaint and thanked him for the career opportunity he had given her.

According to her LinkedIn, Lauren O’Connor currently works for Amazon Studios which she joined in February 2016. Lauren holds a BA, Media Studies, and English from the University of Virginia.

While at college she served as president for the UVA Filmmaking Society. Following her graduation Lauren went onto work for Sony Pictures Entertainment. She was also a producer for the Soundtrack Series from 2010 until 2013.

Prior to arriving at the Weinstein Company, she served as Creative Executive at the Maximum Films and Management.

In response to the allegations in his treatment of women, Harvey release a statement saying he has caused a lot of pain. He also said he will be taking a leave of absence to deal with the issue head on.