Haruka Weiser has died in mysterious circumstances after her body was found on April 5 at the campus of the University of Texas. Today, the school’s president confirmed her identity in a statement.

Haruka Weiser was a freshman majoring in theater and dance at UT. According to the NY Daily News, the school started recruiting her after seeing her perform at the National High School Dance Festival — more than two years ago. Pretty Haruka Weiser was described by UT president as “a beloved member of our dance community, liked and admired by her classmates and respected by professors for her intelligence and spirit.”

The 18-year-old originally from Portland, is believed to have been murdered, so far, no arrests have been made.

Haruka Weiser hadn’t been seen since April 3 and was reported missing the next day. He body was discovered two days later in the Waller Creek area of the University of Texas. The area is close to the school’s alumni center.

According to Austin Police Department, the young student was assaulted before her ultimate demise.

Haruka Weiser specialized in Hip-Hop & Ballet. She began training at ACMA in the 6th grade. She was a member of The Dance West Dance Studio which she joined in her freshman year. She performed a number of pieces for Dance West including ‘Sunday’ and ‘Sister Jones’.

During a Q&A for Dance West she revealed she enjoyed, cooking and the outdoors. 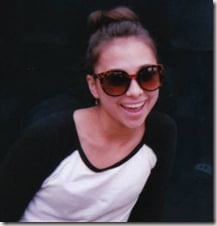 She was the daughter of Dr. Thomas Weiser, according to reports she was also planning to double major in medicine, following her father’s footsteps. Haruka Weiser is survived by her parents and two younger siblings, a brother and a sister. She last saw her family during spring beak. 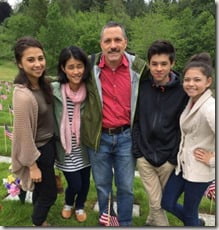 Haruka Weiser –who had Japanese roots –was last seen leaving the college’s drama building around 10 p.m. Sunday. She is believed to have been heading for her dorm but never made it. That’s when roommates called police. Though it has yet to be revealed how she died, it has been reported she was the victim of a brutal murder.

Police has released a surveillance video of a man with a bicycle lurking in the area, where Haruka was last seen alive.