Jennifer Piacenti was once married to professional dancer and actor, Harlan Bengel –the same actor who committed suicide in Central Park.

Jennifer’s ex-husband is said to have hung himself from the Winterdale Arch with a plastic bag over his head in Central Park on Friday. He was 45-years-old. In a movie-like twist sources close to the case told outlets police found a note on Harlan Bengel directing whoever found him to call a specific person at a given number. The actor is said to have struggled with mental illness for years.

He was born on August 22, 1973; a Las Vegas, Nevada native was drawn to acting at a young age. He danced with the San Francisco Ballet, Metropolitan Opera Ballet and Tulsa Ballet. 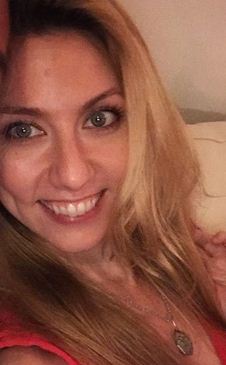 Harlan was a cast member on Broadway’s “Phantom of the Opera” –where he played a dancer and a slave master in 2011. According to Playbill.com; he also briefly held the dual roles of Joey and Topthorn in “War Horse” in 2012.

He and ex-wife Jennifer Piacenti were divorced but remained close friends according to reports. It is unclear if she was the person whom Harlan’s suicide note was directed to.

Jennifer Piacenti is also an actress with an extensive resume in modeling as well. She is currently signed to Bicoastal Fitting Models. On LinkedIn, she is listed as an actress/singer and TV personality. She also describes herself on social media as a ‘baseball enthusiast.’ The blonde stunner is currently based in Los Angeles.

Jennifer Piacenti attended School of Music at Texas Christian University –where she obtained a Master of Music in voice. She also trained in acting and has over 10-years’ experience in dance training including, Ballet, Tap, Jazz and Modern Theatre.

According to her website, Piacenti has had roles in a number of plays including, Sayonara, Hal Prince’s Candide, The Mikado, Ruddigore, Princess Ida, The Boy Friend, The Merry Widow and Hello, Dolly! –among others.

Jennifer and Harlan tied the knot in 2004, however is not clear why or when exactly the two separated.