Mereda’s husband is in his seventh term in the U.S. House of Representatives and even though he goes somewhat unnotice; he had quite the opinion recently, saying “the pot calling the kettle black is not something we should do” -this after Rep. Matt Gaetz ‘statements regarding an article about Hunter Biden substance abuse.

Prior to taking his seat in Congress in 2006, Rep. Johnson practiced criminal defense law in Georgia for twenty-seven years. He served twelve years as a magistrate judge, and five years as a county commissioner.
In 2016, Rep. Johnson earned an honorary doctorate from his beloved alma mater Clark Atlanta University.

Rep. Johnson has been happily married to wife Mereda for years, 40 to be exact. Together they have two adult children. However, Hank Johson isn’t the only star in the family, Mereda Johnson is quite awesome in her own right. 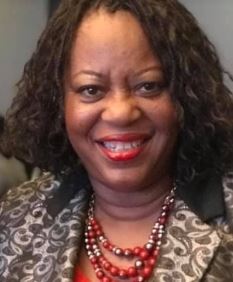 Mereda Davis Johnson is a layer and a commissioner of the 5th District of DeKalb County.
She is originally from Decatur, GA -and has been licensed for 38-years. According to a profile, Mereda Johnson attended Texas S. University (T. Marshall).

The political spouse, mother and lawyer is also the co-founder and past President of the DeKalb Lawyers Association, which she continues on as a volunteer.
Her resume includes Merda Johnson previously serving on the Board of Directors of DeKalb Hospital Authority and the Georgia Democratic Committee, serving as a member at large. She is also a former Board Member of the Congressional Black Caucus Foundation, Inc., Georgia Legal Services, Inc., and has served as a volunteer lawyer for Decatur Cooperative Ministry.

Most recently, she announced on Facebook that she is giving prep classes at Georgia Piedmont Technical College.
Mereda is quite active on social media, she often updates on news concerning her distric. Mereda Johnson and her husband currently live in Atlanta, Georgia.