Haley Camille Freedman is a Stylist who’s worked with numerous clients in Hollywood, one of them Gossip Girl’s Ed Westwick –whom she accuses of sexual slavery.

According to gossip site TMZ, Freedman alleges that in 2014 she visited Westwick’s home with friends. After her friends left she proceeded to have consensual *** with Westwick but she claims that he then asked her to ‘strangle him, slap him and spit on him’. She denied to his requests but says he then did those things to her. She spent a total of two days at his house in which she says she was ‘out of it.’

Freedman is not suing Westwick but instead is after former business partners who have prevented her from bringing her story to the media and have cut ties with her.

24-year-old Haley Camille Freedman runs her own website –where she features her work credits in art direction, styling and illustrations. The California native received her degree in Fashion Design from the Fashion Institute of Technology (FIT) in New York City, where she completed her education and launched her career in the fashion industry. 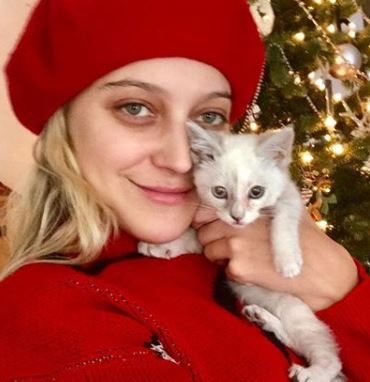 While at Contrast Magazine, she serves as its Fashion Director and Marketing Editor. According to an online profile, she has covered all aspects of the magazine world; editorial, advertisement, performance, commercial, music video, red carpet, personal appearances and feature film.

According to her LinkedIn, she is listed as an owner and Creative Director at Cherie The Label. She was previously listed as a Wardrobe Stylist and Fashion consultant, before that she was an Assistant Stylist at WEARITMYWAY.

The blonde also has a growing presence on social media.

Thoughts on her story? Check her out on Instagram here.