Hajna O. Moss is perhaps the not so proud mother of actress, Montana Fishburne. Her daughter whose father is Hollywood star, Laurence Fishburne –was recently arrested.

Hajna who is also an actress herself was married to Laurence from 1985 until they separated in the 90’s. The former couple who were married in New York,  finalized their divorce in 1993.

Her ex-husband re-married to actress Gina Torres in 2001 and is the father of one daughter, Delilah born in 2007 with Torres.

Fishburne who has been in the showbiz since the 70’s is best know for his role of Morpheus in The Matrix trilogy. While Hajna’s acting roles all date from the 90’s. 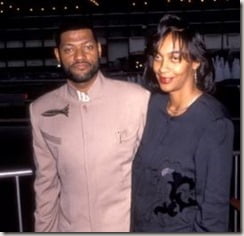 Accoridng to her IMDb page, she was born in 1963. Hajna O. Moss hails from the Bahamas and attended NYU. She was a college student when she married Fishburne. The two were introduced at the time by Spike Lee.

She had small roles in movie projects including “Boomerang” “New York Stories” “Class Action” “A Rage in Harlem” and “Gardens of Stone.”

She is currently the co-owner at Bilancio Luxury Management.

Though Hajna O. Moss has kept a relatively low profile, it is her daughter who has been grabbing the headlines. 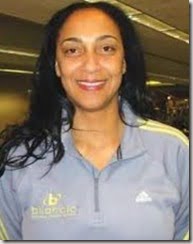 Back in 2010, pretty Montana stunned by starring in a in a ****ographic film. She launched a brief career in the adult *** industry saying her mother supported her but her father was embarrassed by her.

In 2015 she told during an interview she regretted her decision of making a **** movie and that she was no longer welcomed in her father’s life.

Most recently the 25-year-old was taken into custody by police for suspicion of driving under the influence.

Montana spent the night at Broward County Sheriff’s Office and was released the next morning after posting a $2,500 bail bond.