Alaine Parker Alvarez is the proud wife of Luis Alvarez -the retired NYPD detective who gave an emotional speech before Congress to defend 9/11 responders and survivors.

Det. Luis Alvarez was supposed to work from 10a-6p on September 11th. That morning when he turned the TV on – he right away jumped into the car and went to work. He worked 12 hrs shifts for weeks after searching for bodies.
His cancer is tied to the time he spent searching roof tops for victims soon after the towers fell, and on the “bucket brigade” trying to salvage the remains of his NYPD and FDNY brethren -in the toxic rubble at ground zero. 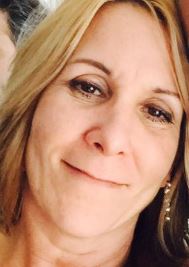 Luis Gustavo Alvarez was born in October 1965 in Havana. After graduating from Monsignor McClancy Memorial High School, he served in the Marines and studied at City College of the City University of New York. He joined the New York Police Department in 1990. Two year after being tranfered to the Narcotics Division, he was promoted to detective. In 2004, he volunteered for the Bomb Squad.
Mr. Alvarez was recognized five times for excellent police work. He retired in 2010.

He is survived by his longtime wife, Alaine Parker Alvarez and their children. The couple shares two teenage sons, Tyler and Benjamin. Lius is also the father of adult son, David Alvarez who ran 5k at Yankee Stadium in honor of his 9/11 first responder father a few years ago.

Luis who is found as Lou Alvarez on social media, wrote about his wife back in 2016
“My beautiful wife has been by my side since day one, could never have gotten this far without her even though she nags me a little bit. But I wouldn’t trade her for the world. Still here, still breathing, still fighting”