Greg Hudgens is the father of 26-year-old actress and former Disney star, Vanessa Hudgens. His famous daughter received an award earlier this week for Breakthrough Performer and during her speech she revealed her father is battling cancer.

According to E! Vanessa got emotional during the 2015 Industry Dance Awards & Cancer Benefit Show, as she talked about the disease saying: “Let me tell you, I hate cancer. I hate cancer with every cell of my being.”

She remembered, boyfriend Austin Butler’s mother Lori –who died of cancer last September and added “my dad has just been recently diagnosed with stage 4 cancer.”

The Galia Lahav-clad Gigi actress, dedicated her award to Gigi, her father “and to all the families out there who are struggling with this.”

65-year-old Gregory Hudgens “Greg” worked as a firefighter, he was married to Philippines native, Gina Guangco with whom he fathered daughters Vanessa and Stella. Greg Hudgens and Gina are not together anymore, though the exact reason of their separation is not clear.

Hudgens was born December 14, 1988 with birth name is Vanessa Anne Hudgens at her hometown in Salinas, California. The family moved and lived all over the West Coast. Younger sister, Stella was born November 13, 1995.

A few weeks ago the former High School Musical actress, made a reference about her father being ill, writing via Instagram “Please pray for his healing!!! The more prayers the better.”

Last June Vanessa shared an adorable snap of her and a younger Greg holding sister Stella Hudgens, to wish him a happy father’s day, 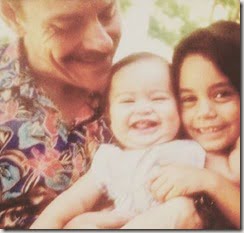 She captioned the photo

“HAPPY#FATHERSDAY TO ALL THE DADDYS OUT THERE. I love my poppa bear so much. I will never be able to repay him with all the time he spent helping me reach my goals. I will be forever grateful. God is so good. ❤️❤️❤️”

We send prayers to Greg and the rest of the Hudgens family.