Grace Tilly was featured, according to the NY Daily News, in a PBS video. In the footage she is seen working in Trump’s North Carolina campaign office and making calls on his behalf. What really gets your attention about Grace Tilly is that she has a number of tattoos, and some, are commonly associated with with supremacists and neo-Nazis.

To be more precise she presents two tats that can be very controversial. One, a large “88” on her hand, is a widely known neo-**** code for “Heil Hitler.” For those not very familiar, the letter “H” is the 8th letter of the alphabet. 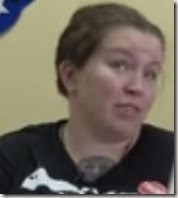 On the other hand, she has a tattoo of the Stormfront logo, also known as Odin’s Cross. Stormfront happens to be the largest white supremacist website in the world.

Grace Tally revealed during an interview, she had been out of job for the past six-months and said this is her first time as a presidential campaign volunteer. Though she has never voted, she seems to be 100% committed to Trump. Prior to the North Carolina primary, her job was to call as many potential voters as possible to rally the troops.

The Fayetteville woman, is the mother of an 11-year-old son –who also appears in the same video. Her son can also be seen phone-banking for the Republican front-runner.

Grace, tells in the interview she and her family have been struck by the recession and that her husband is having hard time finding work as well. Grace Tally believes in “Trump’s business savvy” saying: “he is going to be the best one that’s going to be able to help us.”

Grace Tilly’s husband and father-in-law are both veterans. She and her husband, have four children together. Her father-in-law, Pete Tilly was born in Canada, he came to the U.S, joined the military and became a naturalized. Her whole family is supportive of Trump’s campaign.

According to her Facebook page, she attended Chittenango High School in  Chittenango, New York and also FTCC in Fayetteville, North Carolina.

Grace Tally should be excited to know Trump won the state’s Republican primary on Tuesday. 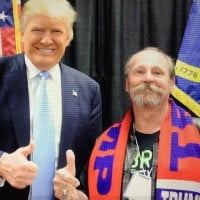 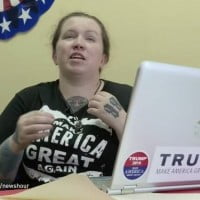 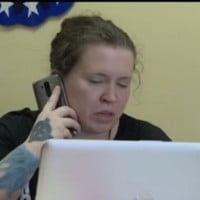 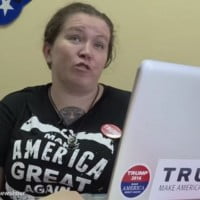 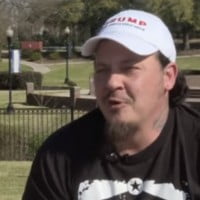 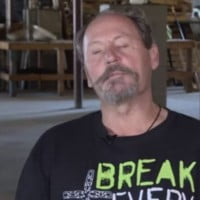 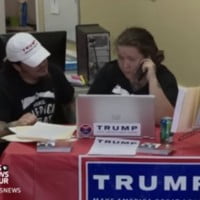