Katherine’s husband is often described as a businessman and philanthropist, he co-founded the Provenance Hotels for which he serves as the CEO. He is also a co-founder of the Gordon Sondland & Katherine J. Durant Foundation -along with wife, Katherine Durant.

But Gordon isn’t the only big name in Portland or at home for that matter, wife Katherine Durant is a partner at Atlas Investments.
The two met when Gordon flew to Portland to look at a building Katy was marketing. The stayed in touch, began dating and were engaged in December 1992. The couple got married at the Oregon Golf Club on September 1993. Since they have welcomed two children, Max and Lucy Sondland. 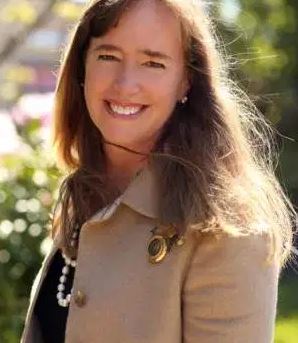 Katy Durant along with Gary Gilbert and James Parsons -formed Atlas in 2003 combining over 85 years of experience in commercial real estate. Atlats nowadays manages approximately 1,600,000 Sq. FT. of income producing properties, according to its website Atlas -comprises over 185 customers across all assets including office, residential, industrial and retail.
In addition to being a founder and managing parter at Atlas, Katherine Durant also serves as Chairman and Chief Investment Officer for Provenance Hotels.
She holds a Bachelor of Science in Business form Pepperdine University as well as an MBA in Finance from Willamette University.

Kathy also serves on several boards including, Pratt School of Engineering Board of Visitors at Duke University,
Jesuit High School Board of Trustees and Elevate Oregon Board of Directors.
Through the couple’s foundation -which was formed in 1999 -they support the Portland Art Museum, OMSI, OHSU, New Avenues for Youth, Oregon Ballet Theatre, the Portland Parks Foundation.