Su Xiang Han is the girlfriend of model-actor Godfrey Gao -the Taiwanese-Canadian artist who is said to have passed aged 35.

Su’s famous boyfriend died suddenly after suffering an apparent heart attack while on set in China.Gao was filming a sports reality show titled Chase Me in Ningbo. He was treated on the spot but was pronounced dead at the hospital.

Born on September 22, 1984 in Taipei, Taiwan; but raised in Vancouver; Gao attended Capilano University in North Vancouver -where he played basketball for the school’s team.

The 6’4″ Gao then returned to Taiwan to work as a model. He initially rose to fame by becoming the first Asian male model for the luxury brand Louis Vuitton.
From modeling he sucessfully transitioned to acting, landing a number of roles in Chinese television dramas in the mid 2000’s.
After playing minor roles, he starred in the 2010 television drama Volleyball Lover. Since then, he acted in numerous television dramas and movies, including his US film debut in the Hollywood film The Mortal Instruments: City of Bones -an action film based on a popular series of novels.
He also became a popular name in China after he starred in popular TV drama Remembering Lichuan -which earned him the nickname “nation’s husband”

At the time of his death, he was under contract with agency, JetStar Entertainment. 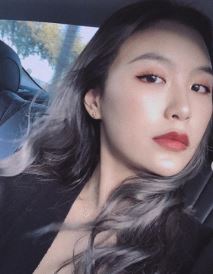 Gao and rumored girlfriend, Su Xiang Han -sparked romance rumors last year. Back in 2018, Gao who was 13-years her senior, denied an engagement rumor. At the time reports surfaced saying he and Su Xiang Han -had secretly married.

22-year-old Su Xiang Han who is popularly known as Bella, is not in the entertainment industry and reportedly comes from a wealthy family. She is described as a student currently attending a prestigious school.
It is believed that they were introduced with the help of Mao Jia En, a former basketball star, and started dating afterwards.
The pair was suspected to be together after she posted photos of Gao’s pet dog on her Instagram on several occasions. In contrast, Gao never confirmed their relationship and even said a number of times he was not seeing anyone.

According to China Press, Su Xiang Han, along with two bosses from his agency, is reportedly flying to Zhejiang to collect his body.