Gladys Leach is the worried mother of noted 55-year-old actor, Val Kilmer. You might have heard Val has been having a major health crisis for the past several moths.

Recent reports say Gladys’ son, is in denial of his critical condition. He’s been seen out and about showing a deteriorated state but he continues to refuse aggressive treatment for what it seems throat cancer.

The former star downplays his condition and tells fans through social media, he has no tumor.

According to RadarOnline, Gladys confirmer that her son had a throat tumor and tracheotomy.

Gladys Leach was born Gladys Ekstadt. She first married aerospace equipment distributor and real estate developer, Eugene Kilmer with whom she had three sons: Mark, Val and Wesley Kilmer. She and Eugene Kilmer divorced when Val was only 9-years-old.

Her son Wesley Kilmer, drowned in September 1977 during an epileptic fit in the family swimming pool, he was 16. Her son Mark Kilmer has a Ph.D. in psychology.

Gladys Leach married a second time. Her second husband, William Bernard Leach died in 2011, he was 76. According to his obituary page, Mr. Leach was a former owner of the Kay El Bar guest ranch in Wickenburg, and was a prominent winter visitor to the community for the past 25 years. He was a lifelong resident of Pittsburgh, Pennsylvania. Mr. Leach graduated from Carrick High School and the University of Pittsburgh. He served in the U.S. Army Air Corps during World War II.
Mr. Leach was president of the G&W Leach Co. in Pittsburgh and attended the First Church of Christ Scientist in Mt. Lebanon, Pennsylvania. He was also a member of the Christian Science Society in Wickenburg.

Gladys Leach and her second husband had one son, Gary William Leach who is married to Pat Leach. 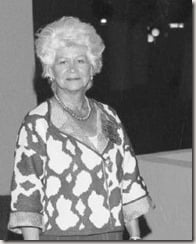 Gladys Leach has dedicated her efforts to support the Carnegie Museums. She is a donor to Carnegie Museums and continues to do so in memory of her youngest son, Wesley. She currently resides in Arizona.

The Leach family owns a business in Pittsburgh, G&W Leach Company is a contractor in the Research and Development in the Social Sciences and Humanities industry.