Gianna & Natalia Baca are twin sisters who attended the 91 Harvest Music Festival on the Las Vegas Strip on October 1st and were shot by gunman Stephen Paddock.

On October first, Stephen Paddock, ended with the life of over 50 people and injured over 500 others in what has become the United States worst ever mass shooting.

The 64-year-old opened fire from the 32nd floor of the Mandalay Bay Resort and Casino, targeting concertgoers at the Route 91 Harvest country music festival at about 10 p.m. PDT on Sunday. Video and pictures from the festival, taking place on the Las Vegas Strip –captured the chaos and increasing panic as extended bursts of rifle fire rang out for about 10 to 15 minutes none stop.

Gianna and Natalia Baca are among the lucky ones that survive the ordeal and were recently able to tell their story. The twins who are Las Vegas residents and are currently in their senior year in high school appeared on Good Morning America to recount their side of the story and how they managed to survive. 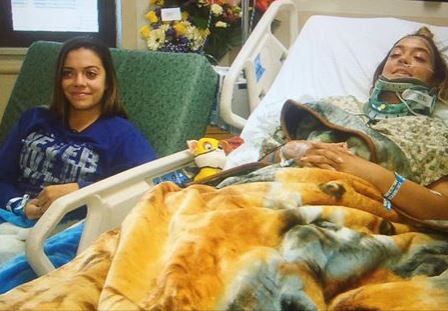 The identical twin sisters said during their TV apparition that just seconds before they were shot they were holding hands and praying but after they got shot they became separated. The girls recalled they were having a good time listening to Jason Aldean when the commotion began. At first they though it was fireworks but suddenly they hit the ground taking cover.

Gianna Baca who is already home, was shot in her hip. She said her boyfriend helped her get off the ground telling her ‘you need to fight for your life.” She was released from the hospital on Monday.

While Natalia told ABC a friend, named Riley and his girlfriend helped her get to a triage tent. Natalia Baca was hit and the bullet shattered inside her body and punctured her lung. She credited Dean McAuley, an off-duty firefighter for saving her life. 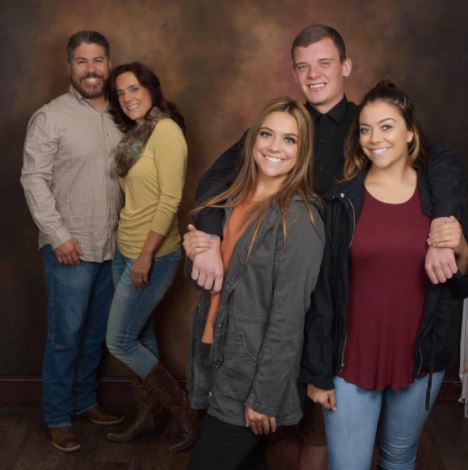 She said Dean –who was just a volunteer at the triage tent –evaluated her injury as she started to go into shock and remained with her throughout the night. She is currently in stable condition.

The twin sisters, both 17, said they are strong twins and that they look forward to attend their homecoming. They are both high school cheer captains. Their parents are Mike and Cindy Baca who is a teacher, coach and photographer who attended Nova Southeastern University.

The girls have one older brother, Zachary Baca.