Ghaneya Emwazi and Jasem Emwazi are the not so proud parents of Mohammed Emwazi better known as ‘Jihadi John.’

Recent reports indicate Mohammed Emwazi aka ‘Jihadi John’ has been killed. The Pentagon confirmed today, an airstrike targeted Islamic State extremist in Syria and sources say there is a ‘High degree of certainty’ Emwazi was killed by US hellfire missiles.

Jihadi John was known to the world as the man who appeared in gruesome propaganda videos depicting the beheadings of at least eight hostages.

Ghaneya Emwazi gave birth to her son in Kuwait in 1988. The family came to the UK in 1994 when he was six years old. He was educated at the Quintin Kynaston Community Academy in St John’s Wood, north London. He is the oldest of a number of siblings.

As a teenager,  their son was described as a quiet and hard working pupil, by the Academy’s head teacher.

He graduated in computing from the University of Westminster in 2009 and his final address in the UK before he went abroad was in the Queen’s Park area of north-west London.

Since 2009 he was under authorities radar. He was viewed by MI5 as an associate of a number of high-profile suspected jihadists whom they were tracking across the world.

Fast forward to 2013, he was reported missing by his parents, who were later told by police, their son had been living in Syria.

According to a profile description in BBC news, Jihadi John first appeared in August of 2014, in the video which shows the murder of US journalist James Foley – and then over the subsequent months, similar films showing the killing of Steve Sotloff, David Haines and Alan Henning.

Until that point, there was no clear evidence of the mask man behind the beheadings. Three months later, the same militant features in a hostage death video – and this time he appears to be carrying out the killing of a Syrian military officer. He also stands over the severed head of American Peter Kassig.

This January 2015 the man features in another video in which he kills the Japanese hostage, Kenji Goto. 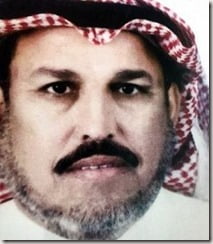 Following the Jihadi John’s publicly identification as the notorious Islamic State executioner earlier this year, his father said in an emotional interview he had disowned his son.

Last March, Jasem Emwazi told media during a phone call, he was ashamed of his son, calling him ‘a dog, an animal and a terrorist’.

Jasem works as a storekeeper in Cooperative supermarket depot in an isolated rural area around 12 miles from Kuwait’s border with Iraq. He revealed his son asked his parents’ blessing for a trip to Syria to fight as a jihadist.

But 51-year-old Jasem told his son that he hoped he would die, the Telegraph reported. A heartbroken Mr Emwazi, who was interrogated by Kuwaiti investigators on Sunday, said he felt very ashamed of his son. He said his wife, had recognized her son in the killing of American journalist James Foley.

According to the Daily Mail, Jasem Emwazi took his wife and his children to live in London in 1993. He was awarded British nationality in 2002 and returned to Kuwait the next year.

Prior to arriving in London, Jasem was a member of the ‘Bidoun’ group of stateless people denied citizenship by countries in the Gulf.

He worked as a police officer in Kuwait until he found his loyalties questioned after Saddam Hussein’s 1990-1 invasion of the Gulf State because his family was originally from Iraq.

His family was reportedly accused of collaborating with the Iraqi army during the seven-month occupation.

His wife, 47-year-old Ghaneya, is believed to be living in London, while Mr Emwazi lives in Kuwait.