Gavin Porter is the dead nephew of showbiz personality, Tyler Perry -well known for his work as an actor, comedian, writer and producer.

Gavin’s uncle revealed to media that his nephew who was serving a jail sentence, took his own life. Gavin Ryanell Porter was 26.
According to Tyler, Gavin appears to have taken his own life after getting into a fight with another inmate. He was then sent to solitary confinement where he allegedly hanged himself with a bed sheet. His body was found in his cell on Tuesday.

Tyler Perry known for creating and giving life to the Madea character and named by Forbes as the highest paid man in entertainment back in 2011 -is connected to Porter through his sister, who is Gavin’s mom.

Back in 2016, Gavin Porter ended up in jail after he shot killed his biological father, in front of his mother, following an argument between the two. At the time, he pled no contest to manslaughter and received a sentence of 20-years.
Gavin’s family was told that he allegedly got into a fight with another inmate over the weekend of February 22. Guards apparently checked on him a number of times and he seamed to be alright, however when they came back to Gavin’s cell at 8:00pm the same night; they discovered him dead. 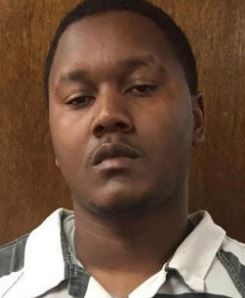 Gavin who was serving his sentence at the prison near St. Helena Parish, Louisiana -was convicted of killing his own father, Gary Wayne Porter, at the home they shared. Before Gavin opened fire, father and son had gotten into a fight. At the time Gavin was 22 and his father was 54.

According to an obituary for his father, Gavin’s siblings include Garry, Precious and La’Kiya. In addition to his siblings, Gavin is survived by his mother Melva Porter and is preceded in death by a another brother, Craig Davon Porter. The family are residents of Greensburg, LA.