Garry Kief is the husband of iconic singer, Barry Manilow. The couple has been together for years but have been married for less than two years.

Garry Kief and Manilow, married at their 64-acre compound in Palm Springs, California in April 2015. Garry Kief who’s been his long time manager –did not file papers and so the marriage is not considered legally binding, the Daily Mail reported last year.

They not only worked together but were romantic partners for a long time before they tie the knot.

The happy couple have been spotted wearing matching wedding bands since the ceremony attended by just 30 guests, who were told they were being invited for lunch. Sources close to the couple say they have been together for over 35-years.

Barry was first married to a woman named Susan Deixler. The former couple tied the knot in 1960’s. Susan and Barry met while attending Eastern District High School, Brooklyn, New York. She was 19 at the time of their nuptials. Their marriage only lasted a year.

Like Barry  Kief was also married to a woman. He is the father of a 38-year-old daughter, Kristen, who works in the Manilow organization. 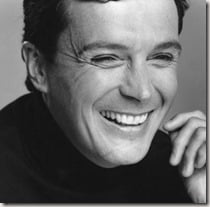 Garry’s first production for Barry dates back to 1988. Kief has also produced seven more Manilow specials. Other credits include video documentary Live By Request: Barry Manilow (1996) and the TV documentary One Night With Barry Manilow (2004).

Kief also has produced credits on a number of TV shows including Halloween Tricked Out, Treehouse Masters and Extreme Cougar Wives. Kief is the founder and CEO of Stiletto Entertainment. The manager/producer also represents Lorna Luft and Matt Dusk.

A LikedIn profile found under his name,  says he attended the University of Southern California. He holds a Bachelor’s Degree, Journalism, Public Relations, Broadcast Jounalism,Marketing, graduating in 1970. Garry Kief used to be a member of the Sigma Phi Epsilon fraternity.