Karoline Calheiros was until recently the girlfriend of Brazilian pop star, Gabriel Diniz -who sadly lost his life in a recent plane crash.

Karoline’s famous boyfriend and two other people on board were killed on Monday, May 27. The singer was traveling from Salvador to Maceio when the small plane he was a passenger on crashed in the town of Porto Do Mato, Estância, on the southern coast of Sergipe, Brazil.

Gabriel had been active in the industry for over a decade. He began singing in his teens and went onto release three studio albums during his career. His song ‘Jenifer’ was a hit and the most played song on the radio. He is also well known for his hit single ‘Paraquedas’ -In addition to his music, Diniz also studied electrical engineering. 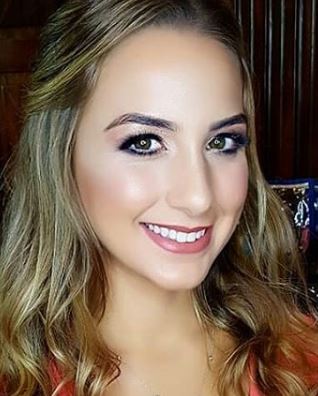 Diniz who was born José Gabriel de Souza Diniz on October 18, 1990 -was actually on his way to celebrate his girlfriend’s birthday. The two had been dating since 2016 according to local outlets.

According to her social media the stunning blonde is originally from Maceió, Brazil, where she currently lives. She has a younger sister named Kalinne Calheiros.

Karoline -who is a psychologist by profession -attended private school in Brazil and later Centro Universitário Tiradentes – Unit. Most recently she worked at SEB Maceió -a school in her hometown. She turned 25-years-old on Monday, May 27th

Though the couple was very private about their relationship, Karoline and Gabriel had been talking about getting married according to his father, Cizinato Diniz.