Fotios “Freddy” Geas a convicted mob hitman is said to be the man behind James Whitey Bulger’s killing.

Born Fotios Geas of Greek descent, he has been a well-known figure for the FBI. Geas made a name for himself in the Greater Springfield area by brawling and killing. He made his way to the top of the organized crime hierarchy in Western Massachusetts in the early 2000s.

Geas who is currently serving life in jail –is now a suspect in the death of legendary Boston gangster James J. “Whitey” Bulger Jr. at a high-security West Virginia federal prison Tuesday.

Though nobody has been charged with the killing, media offers a motive for Geas after a former lawyer and friend said that his client “has great disdain for informants” and Bulger is known to have been a notorious and duplicitous mob informant for the FBI. After Bulger 89, was moved to the West Virginia federal prison earlier this week, Geas may have seen it as his chance for revenge –and he took it quickly. 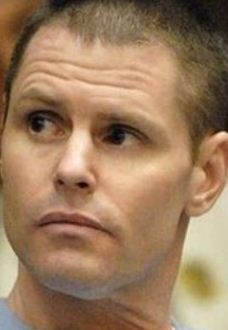 The 51-year-old is locked up at the Hazelton federal penitentiary in West Virginia since 2015. He was among those convicted of the 2003 murders of Springfield mob boss Adolfo “Big Al” Bruno and low-level associate Gary Westerman in 2003 — plus the near-fatal shooting of a New York union boss the same year.

Geas along with his brother, Ty Geas were convicted of conspiring to kill Bruno “cowboy style” outside an Italian social club on Nov. 23, 2003. Freddy Geas hired the gunman who did it, according to court testimony.

The brothers began to work for Massachusetts mafia kingpin Anthony Arillotta. Due to their Greek ancestry, the pair could never hold an official rank within the Italian mob.

Geas is also the father of a daughter, Taylor Geas –who wrote described in a letter that her father was a “flawed human being”