Barbara Khattri is the lovely mother of UK native Jarvis Kaye -otherwise known as FaZe Jarvis an online gamer known for his association with Fortnite.

Barbara’s 17-year-old son who is a famous Fortnite player and member of esports team FaZe Clan, had his worst nightmare come true as he may not be able to play the game ever again.
Jarvis was banned after using an alternate account, to use a cheating mechanism (aimbot) to showcase on YouTube. He has since apologized and pleaded with Epic Games, Fortnite’s developer and creator. 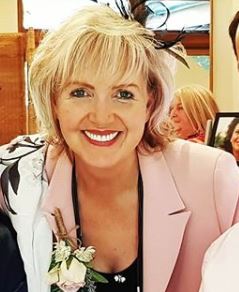 Barbara Khattari is also the mother of another gamer and YouTuber, Frazier Kaye aka FaZe Kay. In fact, Jarvis first began streaming and making videos following into the steps of his older brother, FaZe Kay. He became known after being featured on his brother’s YouTube channel numerous times.
Both of Barbaras’ sons have become famous in the gaming community. While Jarvis is known as a Fortine player, Kay is now a popular YouTuber and director with over 3 million susbcribers who made a name for himself playing Call of Duty. Both her sons have made millions from their gaming careers. Barbara Khattari’s oldest son, Chandler -is a Social Media Marketing Entrepreneur.

The mom of three who lives in Surrey town Oxted, is a businesswoman and small business coach. She is the founder, director and Principle Coach at Elaworld -a Business Culture Consultancy.
The 60-year-old blonde is a former stylist who previously served as a Director at Elements Hair and Beauty Salon for 13-years.
According to her LinkedIn, she attended London College of Fashion where she trained in hairdressing, barbering and wigmaking.
Mrs. Khattri also holds a Diploma in performance coaching and has been a mentor for Second Chance -a free programme for 18-24 year olds to help them get their career started.