Keisha Nash Whitaker is a former actress and model and the stunning wife of film actor, producer and director, Forest Whitaker.

Keisha’s hubby has been in the industry for decades and has appeared in numerous Hollywood productions including Platoon, Bird and most recently Marvel’s Black Panther.

Born Forest Steven Whitaker on July 15, 1961; the Texas native was a member of the football team while attending high school. The 57-year-old known for his intense portrayals, is also known for his eye ptosis –which has been described by some critics as intriguing –and is a genetic condition that his father had.

Whitaker won a best actor Oscar for his portrayal of Dictator Idi Amin in 2006’s The Last King of Scotland. Other notable films include Battlefield Earth, Taken 3, Rogue One and Ghost Dog: The Way of the Samurai. 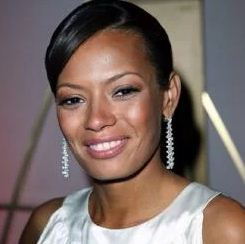 He was in The Great Debaters, he played a rogue cop in Street Kings, and he also acted opposite Jude Law in Repo Men.

He’s been a married man since 1996 and is the father of four children with wife, Keisha. However, recent reports say the African American couple has called it quits on their 22-year-marriage.

Keisha Whitaker was born Keisha Simone Nash on March 8, 1972 in Boston, Mass. The 46-year-old is also an actress and former model who met her man on the set of Blown Away. She was best known to television audiences for multiple appearances on Who Are You Wearing? on TLC.

Keisha Nash Whitaker had a successful modeling career with Ford and Elite modeling –and is the producer of the documentary Kassim the Dream from 2008.