Carole Branch is the wife of Floyd ‘Skip’ Branch -a beloved Harlem basketball coach, who sadly passed over the weekend following a motorcycle accident.

Carole’s husband was involved in a gruesome motorcyle crash. He is said to have lost control of his red Honda motorcycle when trying to manouver on Saturday. Branch hit a cement divider and was launched from the bike. His body slammed into a light pole, dismembering him and killing him instantly. He was 60-years-old.

His work with disadvantaged youth was well documented. Floyd, widely known as Skip, founded NYC Bombsquad Basketball Classic, a non-profit league aimed at keeping kids off the street, in 1995 and continued to run the nonprofit nearly 25 years later. In addition to mentoring thousands of young people, Floyd served as a head basketball coach of the varsity “B” boys basketball team at Rice High School, leading the squad to four championship games over 11 years. He also coached at Cardinal Hayes High School in the Bronx.
He worked as a city bus driver for 23-years and retired in 2009. 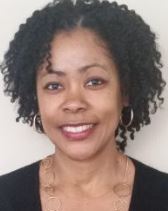 He is survived by his longtime wife, Carole Branch, their children and grandchildren.
Carole Richards Branch and Floyd were married for decades, together they welcomed children, including son Floyd III.

Carole Branch was always supportive of her husband’s mission of helping the youth. The spouse and mother helped her husband run the non-profit organization along with a staff of dedicated volunteers, coaches.
Carole Branch kept busy snapping pictures for the league website and also helped her husband bring sponsors to help cover the $30,000 annual operating cost.

Carole -also a New York native, graduated from City College of New York. She holds Bachelors of Science in Architecture and Bachelor of Architecture degrees. According to the website, Carole Branch is a retired real estate developer who had been practicing in the field of architecture since 1995.