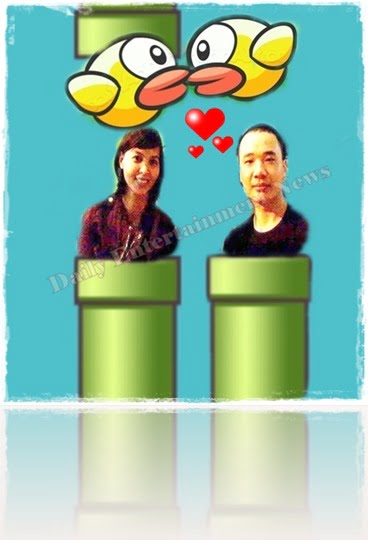 Dong Nguyen’s Flappy Bird became the most downloaded App on the App Store, the app which was released last May was pulled out  from both Apple’s App Store and Google Play by Nguyen himself, and it was him who announced the discontinuation of the app via his Twitter, he said he had, but we heard that it was because he wanted to spend time with his girlfriend, sadly he never got to do it, because he was found dead in his home in san Francisco with a gunshot wound in his head. Oh No!!!

No worries, Dong Nguyen is still flapping somewhere, the whole suicide news was just a hoax,  many people bought the whole thing, but  the truth is that Nguyen is not dead, he doesn’t even resides in san Francisco  but in Vietnam, and as for the spending time with his girlfriend? well, that was another rumor a birdie told us, is not even sure if Dong has a girlfriend, married or seeing anyone whatsoever!

28-year-old Nguyen Ha Dong or Dong Nguyen was born in 1985 Hanoi, Vietnam 1985, This computer engineer computer engineer who created Flappy Birds among other games like Super Ball Juggling , and Block Shuriken. After Flappy Birds released last year and until February 9th of this year the app was downloaded by 2-3 million times daily, and was reportedly  earning around $50,000 a day in revenue.

Nguyen and his famous Flappy Bird were featured in  Forbes , Huffington Post , Atlantic , CNET , Time , USA Today , Reuters , PC Magazine but not all were good reviews, the Telegraph became suspicious of the App’s authenticity when it jumped from  the #1454 position of the Top App charts to #1 in just 26 days, the suggested Dong created fake hits to push his game to a higher position on the charts , when Dong was questioned about it , he refused to comment.

The Telegraph was not the only one  who hit Nguyen with accusations about his game, Kotaku, Metro News, all suggested Flappy Bird was a rip-off, a cheap imitation of Mario Bros. graphics and sound effects. (On the left is Piou vs. Cactus and Flappy Bird on the right)