Lezhae Zeona is the longtime girlfriend and one of several baby mamas of rapper, Fetty Wap –the couple who’s been dating on and off for years shares at least two kids together.

Lezhae Zeona first gained notoriety for being romantically involved to the “Trap Queen” singer. The two share two children, a three-year-old daughter named Zaviera Maxwell and a son, born earlier this month. She announced she was expecting her second child, a boy, with the rapper back in November.

But Zeona isn’t the only ‘queen’ in the 26-year-old’s life. He is the father of seven children with six different women. In fact, he welcomed a daughter just two months ago with ex-girlfriend Alexis Skyy. The former couple’s daughter was born premature and still remains in the NICU of a hospital, according to Page Six. They named the baby girl, Alaiya. 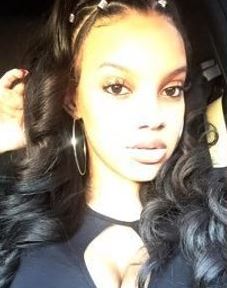 Unlike the other baby mamas, Lezhae Zeona –the mother of two of his children –has been quite active on social media, taking hits at some of the other ‘trap queens.’ According to BET, she began major drama after she called one of Fetty’s children with Turquoise Miami a monkey on Instagram. Then all **** got lose when all of the baby mamas had something to say.

Leaving all the drama aside, Zeona also keeps busy with her business. She is the creator of a cosmetic line called Luscious Lips By Lezhae. According to its website her company –which offers 14 different shades of lip glosses –is based out of Clifton, New Jersey. She also has an impressive social media presence with over 140K followers on Instagram alone.

Congratulations to Lezhae Zeona on the birth of her new baby boy –whom she calls baby Zy.