Scott Powers is the devastated husband of cancer stricken Erika Zak -who lost her battle during liver transplant.

Scott’s wife inspired millions with her perseverance and strength, the Portland wife and mother died during surgery at the Cleveland Clinic in Ohio. She was 39.
Scott’s fighter wife was diagnosed with cancer about five years ago, after years of pain she and her family was hopeful when on Thursday she was told the liver transplant she had been expecting was happening.
She endured more than 70 rounds of chemotherapy, and was hospitalized at least 19 times in Oregon.

She became a symbol of perseverance and strength after writing a scathing letter to UnitedHealth Group’s CEO David Wichmann telling him about the “shockingly incompetent manner” the insurer handled her case -after she was denied coverage for a liver transplant.
She also had to fight United Network for Organ Sharing (UNOS), a nonprofit that manages the U.S. organ transplant system under contract with the federal government. She had survived cancer once before. At 28, she was diagnosed with thyroid cancer. Her thyroid was removed, and life continued as normal. It was nothing close to a stage 4 diagnosis. 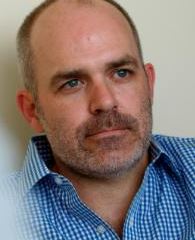 Erika leaves behind her husband, their five-year-old daughter and twin sister, Jenna Zak.

Scott and Erika Zak were married in 2009 in the wine country of Healdsburg, California. Together they welcomed daughter Loïe in 2014. Just months after giving birth she was diagnosed with stage 4 metastatic colon cancer that had spread to her liver.

Scott attended Brown University, and met Zak in 1998 -at the time she was a student at the Rhode Island School of Design. Scott who advocated for his wife since she was first diagnosed with cancer -wrote a statement following her passing “While our family is devastated by the loss of our beautiful wife, mother,
daughter, sister and friend, we do want to express our deepest gratitude to all of those who have supported Erika and our family through these very difficult weeks, months
and years. Through her perseverance in life, Erika embodied hope and set an example of strength.”

The family is also asking people to sign up to become an organ donor at organdonor.gov.