Erica Tishman has been named as the fatal victim of falling debris in New York City. Reports say the 60-year-old was struck by debris that fell from a brick tower.

Erica who has been identified as a prominent architect -was walking on a packed Midtown street when she suddenly collapsed to the ground. According to reports, the office building, 729 Seventh Ave., has several outstanding building violations. Initial reports stated Tishman was hit by a brick however, a witness described a piece of debris that looked like a rock the size of a grapefruit.
According to a profile, Erica Lindenbaum Tishman had over thirty years of experience in architectural design, construction, and project management. She served as vice president of project management firm, Zubatkin.

Erica who worked as an architect in private practice for over twenty years; was a founding partner of DeWitt Tishman Architects LLP since 1993. She was previously an associate at Beyer Blinder Belle Architects and Planners. 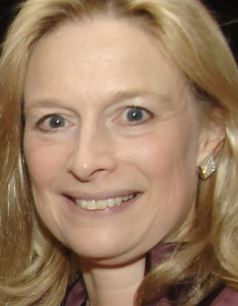 Erica, a NY native was the daughter of Samuel H. Lindenbaum; her father was a senior partner in the New York law firm of Rosenman Colin Freund Lewis & Cohen. Her mother, an associate of Dexter Design Inc.
A licensed architect since the mid 80’s, Erica Tishamn earned an M.Arch degree from the Harvard University Graduate School of Design in 1985 and graduated in 1981 from Princeton University with an AB in Art History.​
According to Central Synagogue, she was married to Steven Tishman -with whom she had three children; Adam, Stuart, and Julia. She and her husband were married since 1982.

At the time of her death, she chaired the Board of Directors for The Educational Alliance and served on the Board of Trustees at Riverdale Country School, where she coordinated a program for facilities stewardship, two master plans, and oversaw two major construction campaigns.