Erica Escarcega is the long time wife of rapper Todd Anthony Shaw, better known by the stage name Too Short.

Erica’s man was born April 28, 1966; the California native is one of the few artists to have had the opportunity to collaborate with both 2Pac and The Notorious B.I.G. during the height of their careers.

Too Short was one of the first to represent the pimp/playa lifestyle in his lyrics. The phrase “Bee-yotch” is one of Short’s trademarks.

Interested in music at an early age, he was the drummer in the band at Fremont High School in Oakland.

Too Short has been in the rap music scene since the mid 80’s. His first release Don’t Stop Rappin’ came in 1985 and since then he’s been credited as one of the pioneer rappers of West Coast hip hop.

His first studio album “Born to Mack”  was released in 1987 containing the hit singles “The Ghetto” and “Blow the Whistle”.

He had his greatest commercial success with the two-time Platinum album Life Is…Too Short in 1988.

Over his 30-year career he has released 17 studio albums, with the most recent being “The Pimp Tape.” 10 of his albums have earned gold and/or platinum plaques. 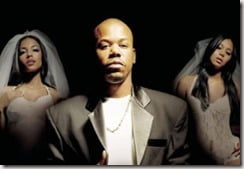 Being in the industry, is safe to say the long time rapper has seen more women than anything else in life; whether a fan in the club or a video vixen, Too Short has always been surrounded with them.

However, the 50-year-old happens to be a married man. He and his wife Erica Escarcega are the proud parents of one daughter, Octavia.

Thought Erica Escarcega is pretty much unknown to the public she is probably the boss at home. She seems to enjoy her life out of the spotlight and leaves all the glitz to her man.

That’s why it would be interesting to see her reaction following accusations of rape made against her hubby with whom she has been married since 2000.

According to TMZ, the victim is someone who has worked closely with the rapper, so perhaps is someone Erica Escarcega knows as well. Stay tuned!