Juliet Mills is the actress wife of English actor, Maxwell Caulfield –best known for his numerous roles on TV and film, including Miles Colby and Rex Manning.

Juliet’s hubby is well known for his role as playboy Miles Colby in the television show The Colbys from 1985-1987. Other notable film credits include The Boys Next Door, Electric Dreams and The Supernaturals. Caulfield is also the man who gave life to Rex Manning in the 90’s cult movie, Empire Records. Maxwell plays a fictitious music star who is scheduled to come in and sign autographs at the record store. That day, is dubbed by the employees, as Rex Manning Day –which is celebrated every April 8th.

Born November 23, 1959 in England; Maxwell had one of his first breakout roles as Michael Carrington in Grease 2 in 1982. His role as Miles Colby on the show Dynasty sparked the start of The Colbys.

He’s been happily married to fellow actress, Juliet Mills since 1980. Mills who is his senior by 18-years, is also the mother of two adult children from previous relationships. She has said about their age gap “There are no rules, and that’s what I believe, because age doesn’t really matter. If you meet someone that you’re really close to, someone that you love, stick with that.”

She and Maxwell met in 1980 while rehearsing The Elephant Man in Palm Beach, Fla. -and were married months later. Everyone thought it wouldn’t last but they have been married for nearly 4 decades. 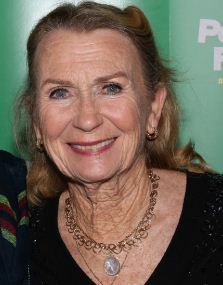 Caulfield has said of their romance “I was fortunate to be playing the title role and I fell in love with her on stage in character, but needless to say off stage as well”

Juliet Mills was previously married to Russell Alquist, Jr. from 1961 until 1964; the former couple welcomed a son, Sean Alquist. From her second marriage to Michael Miklenda, Juliet is the mother of a daughter, Melissa Miklenda.

She appeared as an extra in various films as a young child, beginning her career at the age of 11 weeks. By 19, she was nominated for her acting in Five Finger Exercise.  Her television credits include Nanny and the Professor, which ran from 1970 to 1971.

She and her stage and screen star hubby have teamed up in the past working in projects like, the stage adaptation of classic Hitchcock film, The Lady Vanishes.