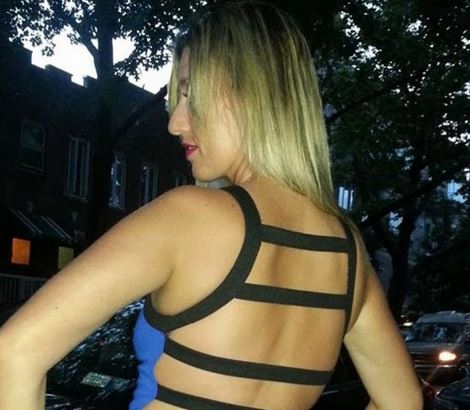 Evelina Elterman has done everything possible to remove images of herself from the internet. Why? Because her fiance’s ex cyber gal pal has launched a smear campaign against her ruining her good name and that of boyfriend Emmanuil Sadikov.

At least that’s what Emmanuil alleges. On Thursday he filed a 5$ million lawsuit against the enraged woman and her also alleged assistants. He claims they have been setting up nasty pictures using Evelina’s face with different bodies and sending them to their friends and family. As can be seen in a picture below, you can do almost anything with PhotoShop. The engaged couple live in Kew Gardens, New York.

The lawsuit accuses Izabella and Khananiya Avshman, of Allen, Texas and Florida and Seymon Fishkin of Dallas. None of them could be reached for comment. The fake profiles also maligned Sadikov calling him a dishonest person who is paying Evelina for ***.

Although some of the profiles have been taken down, the online slurs continue. Sadikov, who works in real estate, (Omnycor Realty Corp) claims that he is even losing customers because of it. He did not wish to comment on the case, and his lawyer, Stephen Dickerman declined comments as well.

Well, with everyone declining to comment we will just have to wait for a court date to find out what’s going to happen.