Dave McCary is the lucky fella currently dating one of Hollywood hottest actresses, Emma Stone. The couple stepped out in public recently, making their relationship official.

Dave, a 32-year-old San Diego, California native isn’t an actor but he isn’t a stranger to the industry either. McCary is a writer and director who attended University of Southern California.

He is also co-founder of the sketch comedy group, Good Neighbor –along with Nick Rutherford and Beck Bennett –whom he befriended while attending University of Southern California. Dave McCary is currently listed as a segment director and writer for Saturday Night Live –a job he landed in 2013.

Dave and Emma have been keeping their relationship under wraps but earlier this week, they were spotted sharing a low-key but romantic dinner as they celebrated Emma’s 29th birthday. The two were pictured leaving together. 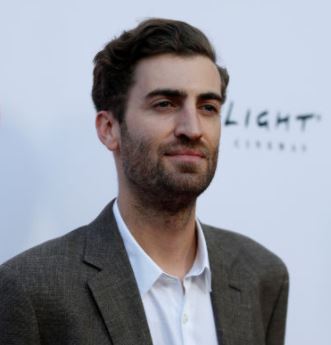 Dave is described by sources as an excellent math for Emma. He is supposedly ‘confident and funny’ perhaps most importantly, the source claims he not the one to seek the spotlight. The tall and fit comedy writer and Emma have allegedly been an item since the summer.

In June the duo were spotted together at the premiere of indie movie Brigsby Bear which stars SNL comic Kyle Mooney – a childhood pal of Dave’s. The two allegedly met after Emma hosted SNL in December of 2016. At the time, Dave directed a sketch called Wells for Boys in the episode which Emma starred in. Dave isn’t half as famous as Emma, however, strongly but surely, McCary seems to be conquering social media. He has a decent following of 13.2K followers on Instagram –where he calls himself a ‘good neighbor.’

From social media posts, we can tell Dave is also super close to his family –which would include his mother and a younger sister. Overall, McCary seem like a keeper. Emma was previously in a four-year-relationship with Andrew Garfield before they called it quits in 2015.