Emily Zamourka was until recently a homeless woman, but her subway singing performance has been life-changing for the Russian native.

Emily’s performance went viral when a Los Angeles police officer posted the video he captured on social media. Now she has become quite the celebrity with people stopping her on the streets for photos and hugs.
According to People, 52-year-old Emily Zamourka came to the U.S. from Russia nearly 30 years ago and is now homeless after experiencing serious health difficulties.
In her youth, she lived in Missouri where she worked at different places including a nursing home and restaurant.
Emily who learned to play the piano and violin when she was a child -moved to Washington and later to LA to seek treatment after experiencing liver problems. After her treatment she began teaching music and playing violin for tips.

Zamourka who played the violin for a living was left devastated when two years ago a man grabbed her violin after a performance and destroyed her treasured instrument. The evil action put her in the streets and she hasn’t been able to bounce back since.
She told media she played an electric violin for a while until she says someone pushed her off a bus causing her to fracture her wrist. She hasn’t played the violin since. 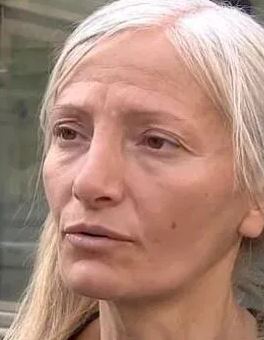 But following the viral video in which Emily can be heard singing opera in the subway has given her new hope. Councilmember Joe Buscaino’s office is paying for her time, transportation, and hotel room. His staff is also working to find Zamourka long-term housing.
In addition, she’s been invited to perform at the grand opening of Little Italy in San Pedro this weekend.

The viral moment shows a woman singing a Puccini aria in a metro station in the central part of the city. In the video, Emily is seen pulling a cart full of items and carrying a large collection of bags. It is a jaw-dropping performance which has been deemed, fit enough to be delivered in front of a paying audience. In other words, Emily’s performance doesn belong in a lonely subway station.
The video posted by the LAPD to their Twitter and Instagram accounts garnered more than 800,000 views since it was posted last week.