Emily Weinman is Philadelphia woman whose arrest footage has gone viral after she is seen being punched in the head by a police officer.

Emily has since been released and posted a lengthy description of what went down during her arrest on social media. The mom of one revealed she and her family hit the beach near East Schellinger Avenue –when she was approached by at least two police officers who asked her if she had been drinking.

She took a breather analyzer test and came back negative but officers stayed close until eventually handcuffed her but not before violently slamming her body on the sand and hitting her in the head.

Weinman who is underage wrote that she told officers at one point “don’t you have something better to do as cops than to stop people for underage drinking on the beach” the cop said, “I was gonna let you go but now I’ll write you up” and he asked her name. 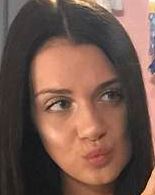 Emily Weinman believed she did nothing wrong and refused to give officers her name. She also let them know that she was there with her young daughter but the officers told her they were going to arrest her.

Beachgoers recorded the incident on their phones which shows the woman being head locked after the officer put his arm around her neck, punched on the head and then head locked her again. She said she was ‘gasping for air’ while the officers said ‘stop resisting.’ Weinman can also be heard saying ‘You’re not allowed to hit me like that.’

She said she shared the video because the ‘situation was handled wrongly and blew out of proportion.’

Though Emile Weinman may be seen as the victim, Wildwood Mayor Ernie Troiano Jr. told media she was spitting and insulting the officers. Her record might also not help as she is currently on probation in Pennsylvania. This is not her first rodeo with the law as court documents show she was arrested and charged with burglary, simple assault, criminal mischief, criminal trespass and recklessly endangering another person, two years ago.