Ryan who used to be married to Reese Witherspoon and is a father of three kids, seamed to be having the time of his life at Coachella this weekend.

Though we are not sure of the exact status between Elsie Hewitt and Phillippe, it’s clear the two are close.

It was Ryan himself who posted a photo of him next to Hewitt to his Instagram. Not proof enough? The image is a little blurry but he wanted to make sure his over 304K followers knew exactly who he was closely hanging out with …by tagging Hewitt to the snap.

The gorgeous brunette also posted images of her fun weekend at Coachella but Phillippe was nowhere to be seen on hers. Ready to find out more about her? 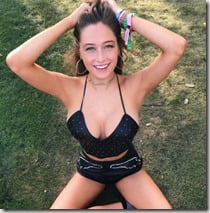 The busty lady happens to be a hot model. 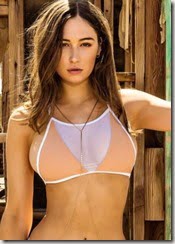 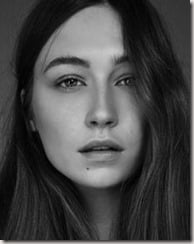 Elsie’s video of her while eating a banana split was hot enough to be included on Crave magazine back in January.

The hazel haired Hewitt is also an actress. According to her IMDb page, she had credits on the 2014 fantasy/horror project, Mostly Ghostly: Have You Met My Ghoulfriend? She previously appeared in Underwater, in 2013.

Elsie who splits her time between Los Angeles and New York also has a modeling profile with Wilhelmina agency. She will also be appearing on Playboy for the May-June issue.

Phillippe was recently linked to Katy Perry but during an interview he denied he was dating the singer who has been very unlucky in love. 32-year-old Perry also made her way to Coachella, but she was seen alone.

What do you make of Ryan Phillippe and Elsie Hewitt being an item?