Elizabeth Schneider is the Seattle resident who shared her coronavirus experience on social media and has now gone viral. Seattle is the biggest city in Washington, the state that has the most deaths in the country.

Elizabeth Schneider who is in her 30’s talked about what it was like to have been infected with the deadly virus. She wrote about her personal story on Facebook and how she is now disease free after treating herself at home. Her story has since had, more than 50k interactions.

Schneider reveals she attended a cocktail party on February 25th and a few days later she and other attendees began feeling sick. One day before she went to bed her temperature was of 103 so she signed up to get tested through the Seattle Flu Study and her results came back positive for coronavirus.
The party she attended has been identified as the place in Seattle where at least other five people got infected. 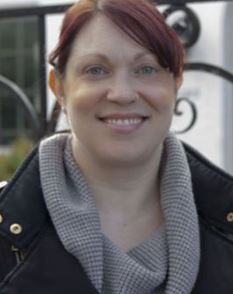 By the time she got confirmation that she was positive for COVID19, her symptoms had subsided. She was told to stay at home and by now she has been symptoms free for over a week. She says she has started going out for errands but is still avoiding large gatherings.

The 37-year-old, who has been working from home since, holds a Chemical Engineering degree and has a PhD in bio engineering. Elizabeth Schneider is a Regional Account Manager at NanoString Technologies.

She gained experience in the academic research world through molecular biology and biochemistry experiments.

She said she decided to share her personal story hoping that it will give hope and will educate people about the virus. She also stressed on her post that it is important to think about high-risk individuals and stay home if you feel ill.