Elizabeth Lecron is a young woman who has been arrested and charged in federal court for her desire of wanting to engage in acts of destruction.

23-year-old Elizabeth Ridge Lecron is said to have purchased black powder and screws in order to make a bomb as part of a terrorist attack.

Authorities were alerted by one of her friends –who told police Lecron was planning a violent attack. FBI began communicating with her and she expressed to undercover agents she wanted to meet other anarchists in order to form a team. She later confirmed she was willing to sabotage anything that harms the environment.

She also stated she and an associate had devised a plan to commit an “upscale mass murder” at a Toledo bar.

Earlier this month she met with an undercover agent regarding a pipeline bombing. Lecron agreed to buy black powder needed to make a bomb. 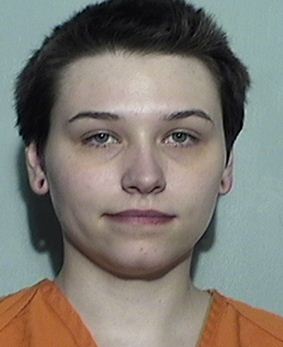 Her charges include one count of transportation of explosives and explosive material for the purposes of harming others and property. The FBI said investigators found an AK-47, shotgun, handguns, ammunition and hand-caps, which are used to make pipe bombs, in her apartment.

The young woman is said to have been open about her fixation with mass murder and school shootings by posting images on a Tumblr account. She is also behind the profile CharlestonChurchMiracle, where she continued to post photos and comments about mass casualty attacks.

She also identified herself as a fan of the Columbine shooters and of South Carolina church shooter Dylann Roof –whom according to the FBI, she used to be in contact with.

Elizabeth Lecron is the daughter of Catherine Ridge LeCron and Joseph Schlagheck. Her mother died unexpectedly in 2013, aged 48. According to the obituary, Elizabeth who was born March 7, 1995 –has a younger brother named Matthew.