Matthew Manda is the husband of politician, Elise Stefanik -who currently serves as the U.S. Representative for New York’s 21st congressional district since 2015.

Matthew’s wife of two years is a Republican serving on the House Armed Services Committee; the Committee on Education and the Workforce; and the House Permanent Select Committee on Intelligence.
She was elected in 2014 at age 30, becoming the youngest woman elected to Congress in United States history. Previously she served in the Office of the Chief of Staff in the White House under President George W. Bush. She graduated from Harvard. 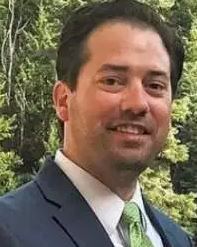 She was born to parents; Melanie E. Stefanik and Kenneth J. Stefanik of Feura Bush, N.Y. Her dad is the president and the founder of Premium Plywood Products, a plywood and hardwood panel wholesale distributor in Guilderland Center, N.Y. Her mother is the company’s chief financial officer.
She wedded Matthew Manda in 2017 in Saratoga Springs, N.Y. Jan Plumadore at the Hall of Springs reflecting pool. They met through mutual friends around 2012 while at a party in Washington.

36-year-old Matthew Albritton Manda is the son of parents; Katherine A. Manda and Dr. Edward A. Manda of Lawrence, Kan. His father is a dentist at Associates in Dentistry in Lawrence.
According to the couple’s NY Times wedding announcement, Matthew Albritton graduated from the University of Kansas.
He is the former communications director for Representative Kevin Yoder, Republican of Kansas, and the political director for 2010 campaign for Senator Jerry Moran, Republican of Kansas.
Matthew Manda who goes by Matt Manda, currently serves as the marketing and communications director in Alexandria, Va., for the Media Group of America, which owns and operates the media outlet Independent Journal Review.