Maya Rockeymoore is the lovely wife of politician, Elijah Cummings – member of the U.S. House of Representatives for Maryland’s 7th congressional district.

Maya’s husband is a member of the Democratic party who previously served in the Maryland House of Delegates. Born Elijah Eugene Cummings on January 18, 1951; the Baltimore, Maryland native obtained his Bachelor’s Degree in Political Science from Howard University, and then graduated from the University of Maryland School of Law.

He began his career of public service in the Maryland House of Delegates, where he served for 14 years and became the first African American in Maryland history to be named Speaker Pro Tem. Since 1996, Congressman Cummings has proudly represented Maryland’s 7th Congressional District in the U.S. House of Representatives.

Congressman Cummings has been married to Maya Rockeymoore Cummings for several years. 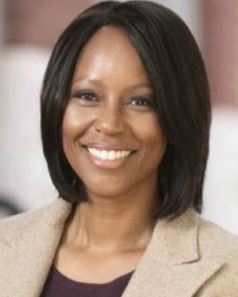 Maya was was elected Chair of the Maryland Democratic Party in December 2018. Before her election as party chair she briefly ran for Governor of Maryland.
Prior to leading the party, Dr. Rockeymoore Cummings spent her career advising and working foe organizations fighting for social justice. She has worked for the Congressional Black Caucus Foundation as the vice president of research and programs; Congressman Charles Rangel, the House Ways and Means Committee and the national Urban League -where she worked as a senior resident scholar for health and income security.

She and Elijah Cummings have been married since 2008. Maya who is 20-years younger than her husband is his second wife. Rep. Cummings also has three children from previous relationships.