Ovidio who is in his 20’s and is accused of drug trafficking in the United States -was captured yesterday in Mexico only to be release moments later after chaos broke out in the city due to the brief arrest.

According to reports, the younger Guzman was apprehended in Culiacán, which is the Sinaloa cartel’s stronghold. A team of National Guard militarized police were attacked from a house in the city, around 370 miles northwest of Mexico City. After exchanging gunfire they entered the house and found four men including Ovidio Guzman inside. Ovidio was taken by the Guard but heavily armed civilian gunmen surrounded the home and fired on the patrol team.

Outside, gunfire broke out between gang members and soldiers for several hours, with men wielding high-powered weapons storming the streets.
In a desperate bid to protect citizens Mexican security forces released Ovidio Guzman from a house hours after the arrest, according to Reuters.
A jailbreak also ensued during this time and approximately 30 inmates broke out of prison and were running onto the streets. While some were captured, it is unclear as to how they escaped. 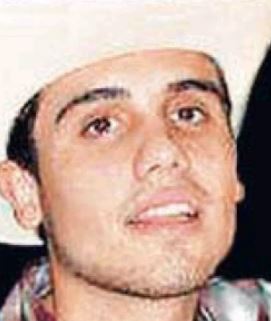 Ovidio Guzman Lopez was born to Griselda López, El Chapo’s second wife. The 28-year-old is one of four children from his dad’s second marriage.

It is believed he holds an important role within the Sinaloa cartel. Earlier this year, Ovidio along with older brother, Joaquín Guzmán López, were accused by the US of drug distribution beginning in 2008.
Prosecutors say the brothers have ascended the ranks since their father’s incarceration back in 2017 and subsequent life sentence earlier this year. It is believed Ovidio is now the leader of the powerful Sinaloa cartel.
The sons, who are known locally as “Los Chapitos”, were previously believed to have been in a battle with one of the cofounders of the cartel.