Eileen Chiarello is the wife of celebrity chef, Michael Chiarello. The wife and mom of one will surely not be happy with her husband of 13-years after hearing he was arrested on DUI and drug charges.

According to reports, 54-year-old Chiarello was arrested after his Porsche was stopped around 3.30am Wednesday, just a couple of miles from one of his restaurants, in Napa.

Reports say he has since apologized to his family and is also, planning to fight the charges. Isn’t being a famous chef makes having that one extra drink that much easier?

Would you let this pass if you were Eileen? Maybe, after all he could have been working until late and had too many drinks. How about that sexual harassment lawsuit he recently settled?

All we are saying is Eileen Chiarello should get a very special Christmas gift this year, don’t you agree?

Anyways, her hubby was born, January 26, 1962 in Red Bluff, California. Michael Chiarello is known for his ‘Easy Entertaining’ show on the Food Network and appearing on the popular cooking reality show Top Chef Masters. 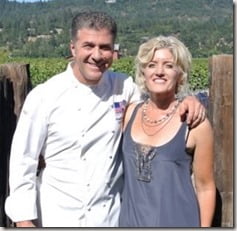 The Italian cuisine chef, is an award-winning chef and owner of critically acclaimed Coqueta in San Francisco and Bottega in Napa Valley.

Eileen Chiarello is actually Michael’s second wife. The couple tied the knot in 2013, thus becoming the stepmom to Michael’s three daughters: Margaux, Felicia, and Giana from a previous marriage.

Eileen Chiarello gave birth to a baby boy of her own in 2005, son Aidan. 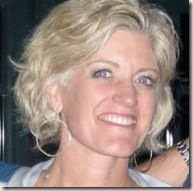 Accoridng to online info, Eileen Chiarello formerly Gordon, happens to be a lot more than just his wife, she is actually the force behind her hubby.

According to Chiarello vineyards, it was her who helped Michael create and develop NapaStyle, Chiarello Vineyards, TV shows, cookbooks, along with restaurant branding and interior design.

Eileen attended University of Virginia. Prior to meeting her husband, she worked as a consultant in Georgetown. She moved to San Francisco to work at Apple in education technology and also consulted internet startups on branding and marketing. While in her new town, she met and fell for Michael.

Accoridng to her LinkedIn, she is listed as the founder and CEO of Barnraiser, her latest project.

It appears, Michael can only cook, but Eileen is actually she brains of the duo. She is also a former  member Board of Directors, at the Napa Valley Film Festival.

She is the daughter of very successful parents. Her father worked as an attorney for the Justice Department at the height of the Civil Rights Movement. Her mother’s family was from Petaluma, California, with distinguished history in ranching, agriculture and creameries (Pt. Reyes Original Blue Cheese Company). Eileen’s mother led fascinating careers as a school teacher, landscape designer, banker and development director for the Hospice of Northern Virginia.

You can check out Eileen Chiarello on Twitter here.