Efraín Martínez has been revealed as the last boyfriend legendary Mexican singer, Juan Gabriel had, and whom it was by his side the day he suddenly and tragically died.

Mexican outlets have reported 25-year-old Efrain Martinez originally from Sonora, Mexico was by the Divos’ side at his home in Santa Monica on August 28.

Spanish magazines, say Efrain Martinez and Juan Gabriel came to know each other through a hairdresser from Sonora, Efrain’s hometown.

The famous singer and his young beau first came in contact via email in mid 2014. Tabascohoy, claims Juan Gabriel asked Martinez from the beginning to come and live with him. They allegedly began living together in 2015.

Efrain Martinez moved to his home in Cancun but did not like it.

The bond Juan Gabriel had with Efrain is described by Mexican media as ‘so serious’ Juan Gabriel left the comfort from his mansion and recording studio in Cancun to move to Sonora, at the request of Martinez.

The Parácuaro, Michoacán native told his closest friends he was moving to Sonora in order to keep ‘writing love songs.’

Efrain Martinez holds a degree in business administration and is said to lead a healthy lifestyle.

Throughout his life, Juan Gabriel was linked to a number of men. Among them: Daniel Mijares, Anathán Briss, Daniel Riolobos and Jas Devael. 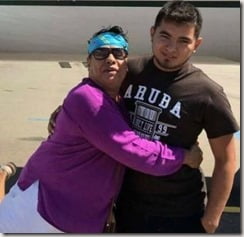 “El Divo de Juarez” as he was widely regarded, was the father of four children –three of them adopted –with best friend, Laura Elena Salas. 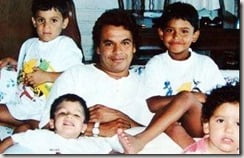 The superstar, whose real name was Alberto Aguilera, is survived by his four children, Jean, Hans, Ivan, and Joan, and his grandchildren.

28-year-old Ivan Aguilera –who was Juan Gabriel’s manager –was in El Paso, Texas; making arrangements for his father’s next tour stop when he was told about his father’s passing.

Aguilera is married to wife, Simona Florentina –together they have two daughters.